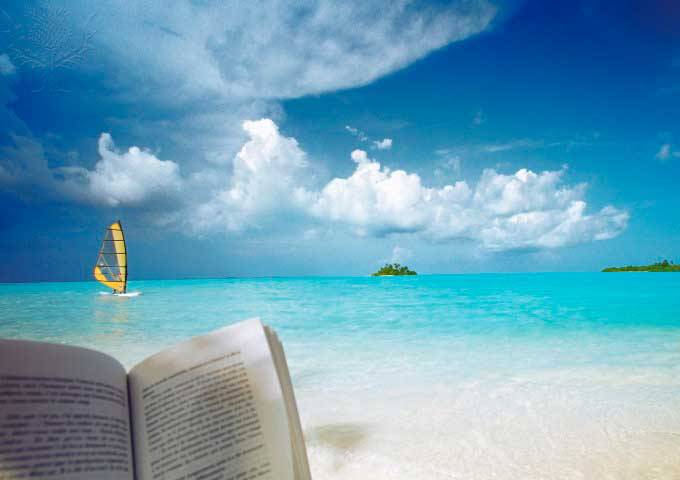 There is no better time than summer to soak in a good read. Whether you're sitting in the sun at the beach or wanting to relax after a long day of work, our picks for this summer's reading will be your go-to's for a literary escape.

1) Astrophysics For People In A Hurry by Neil DeGrasse Tyson

Tyson breaks down astrophysics in an approachable and enjoyable manner. Topics include the cosmos, quantum mechanics, and black holes.

2) The Potlikker Papers: A Food History of the Modern South by John T. Edge

Edge chronicles the importance of Southern culture and food from the 1950's to 2015. Politics, Southern cuisine, the civil rights movement, and gentrification are discussed.

3) Of Mess and Moxie: Wrangling Delight Out Of This Wild and Glorious Life by Jen Hatmaker

Of Mess and Moxie details the struggles that all women face. It is filled with hilarious life tales such as driving to the wrong town for a school field trip, along with the tragedies, missteps, and mishaps we all will endure in life providing comedic relief all the way.

Sunshine State is a collection of essays from Gerard that cover her time in Florida. They examine everything from friendships to her parents to a bird sanctuary and has received rave reviews.

This mystery novel features a gang of thieves and their mission to steal literary treasures from Princeton University. Camino Island will be Grisham's 30th book.

6) Secrets In Summer by Nancy Thayer

Thayer's novel has been called "The Queen of beach books" by The Star-Ledger. It is about Darcy Cotterill's experiences on the Nantucket shore one summer featuring scandal, family, and romance.

Beartown is set in a small forest town which is failing. Hopes that the towns junior ice hockey team will win a national semi-final is all that keeps Beartown going. However, a violent crime is witnessed by a young female and the accusations that ensue afterward create intense drama for the team players and the town's residents.

8) Do Not Become Alarmed by Maile Meloy

Meloy's tale is about a perfect family vacation gone wrong. It all starts out well with a picture perfect cruise but after the children go missing while on land, it evolves into a story of guilt, placing blame, and intense fear while attempting to find their lost loved ones. This nightmare of a trip will have you on the edge of your seat!

Franken's personal memoir covers his experience evolving from a satirist to a senator. He details his campaign, new career, and more and with a comedic standpoint on it all. Although just released, the book has already sold one million copies.

10) Priestdaddy: A Memoir by Patricia Lockwood

Priestdaddy: A Memoir features Lockwood's Catholic upbringing with her untraditional priest Father and her return to living in her parent's rectory with her husband after a crisis. It ranges from silly to deeply serious recanting her old memories at the rectory and details the collision of their different ways of life.

Chin's children's book geared towards ages 7 to 12, gives the reader the geological history of one of the world's greatest natural wonders through the hike of a father and daughter. The amazing illustrations along with the accessibility for children to understand the science and history behind the Grand Canyon make this a wonderful fun learning tool.

2) We Found A Hat by Jon Klassen

We Found A Hat is the third in Klassen's hat series. It aims to teach the importance of justice, hilarity, and sympathy. This picture book is great for children ages 4 to 8.

The poetry and mixed media illustrations in Out of Wonder provide inspiration for young writers. The three authors pay homage to 20 different famous poets by writing poems that emulate their styles. These greats include Pablo Neruda, Robert Frost, Maya Angelou, e.e. Cummings, and Emily Dickenson to name a few. This is an excellent read for the family, independently, or in a classroom setting.

The Ellen Clark Team hopes this reading list will keep you busy all summer. If you are looking for the new home of your dreams or looking to list your home while the market is still scorching hot, call Patricia Clark at 804-387-2976 or email at patricia@ellenclark.com TODAY! 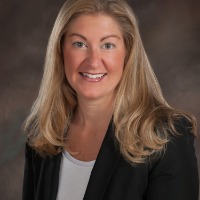 Patricia Clark, Buyer and Listing Specialist, has 15 years of experience in the real estate business, and she is a Richmond native. Patricia’s hard work, dedication and knowledge of the Real Estate ....

Homes Are More Affordable Today, Not Less AffordableThere’s a current narrative that owning a home today is less affordable than it has been in the past. The reason some are making this claim

Buying a Home Early Can Significantly Increase Future WealthAccording to an Urban Institute study, homeowners who purchase a house before age 35 are better prepared for retirement at age.

The New Spring Real Estate Market is Here. Are You Ready?

The New Spring Real Estate Market is Here. Are You Ready?Which month do you think most people who are considering buying a home actually start their search? If you’re like most of us, you

3 Benefits to Buying Your Dream Home This Year

3 Benefits to Buying Your Dream Home This YearOutside of a strong economy, low unemployment, and higher wages, there are three more great reasons why you may want to consider buying your dream home

By registering, you agree to our terms of use and that real estate professionals and lenders may call/text you about your inquiry, which may involve use of automated means and prerecorded/artificial voices. You don't need to consent as a condition of buying any property, goods or services. Messages/data rates may apply.